Etichettificio Il Nastro, founded in 1986 in Citta di Castello, in the Italian province of Perugia, was focused entirely on adhesive tapes at the beginning of its operation but has evolved into a self-adhesive label converter. The Crisci family’s business currently employs a team of 40 at administrative, technical, customer service, production and packaging offices, achieving a EUR 6 million annual turnover. 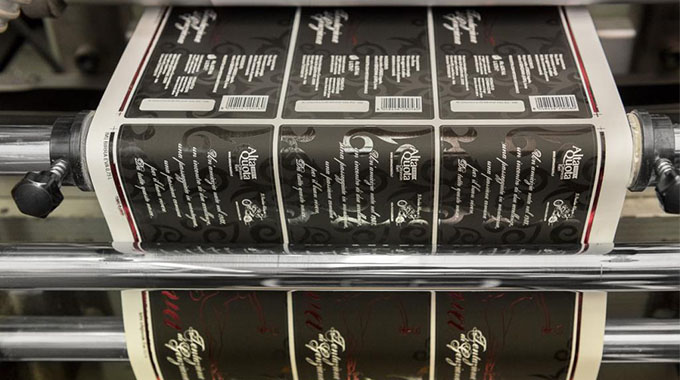 Il Nastro also operates two large flexo production lines powered by M1 370 and MX 370 presses from the Bobst portfolio. ‘Last but not least is a machine designed by us and made for us by Prisma, which allows the production of multipage labels,’ says Stefano Braccalenti, Il Nastro’s production manager, while giving L&L a virtual tour of the facility. ‘We also have three Prati control tables and many BST eltromat inspection cameras.’

Braccalenti, who has an immense passion for the business, is also one of the driving forces behind investment decisions. ‘The company has always made investments to keep up to date with the best printing technologies,’ he says. ‘However, we have come to the conclusion that improving productivity is increasingly difficult and not only dependent on printing machinery. We have reached a level of about 10,000 orders per year and offer more than 20,000 different products. We realized we needed to improve everything, starting from estimation and preparation though to sending out orders.’

The entire production process was managed at Il Nastro manually and on paper. ‘We always had operations under control, and all orders were produced on time, but this was labor-intensive and had to be organized daily. There was no clear evidence of the level of raw materials used. Therefore, more on-the-spot checks were needed by all departments.’

Il Nastro’s pre-press department had already been working with Esko software for about a year. Still, it was completely disconnected from an old management system and therefore, the company could not exploit its full potential. 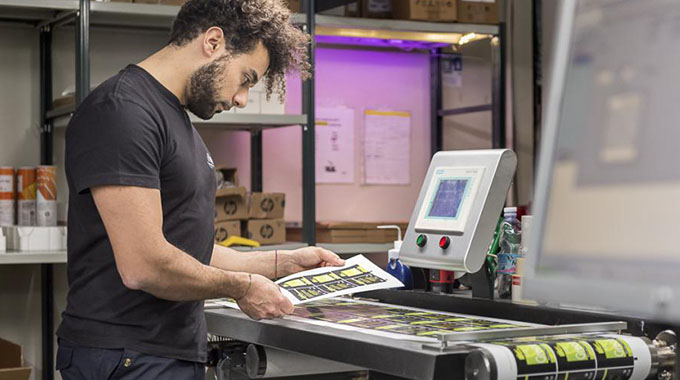 ‘Changing the management software while the company operates normally is not easy. Our cooperation with Cerm began in the summer of 2018. My idea was to take full responsibility for all one-to-one training, to change my mentality and my habits first and then pass it onto all other departments,’ Braccalenti recalls.

About six months later, Il Nastro began to estimate all new jobs using Cerm software. By the end of 2018, every order was processed through the system rather than manually, which started bringing several streams of essential data into the equation, such as machine usage, production times, and material consumption.

‘In the summer of the following year, we began to work with the entire customer service department, both with the old management system and with the new one,’ says Braccalenti. ‘Initially, it was a painstaking process to carry out orders in two software platforms, but we have been hugely encouraged by quickly seeing the fruits of integration with Esko.’

Automation path
At the customer request phase, the Cerm user creates a pre-quote, collects all the customer’s information, and then sends it to the technical office for an official quotation.

‘After the confirmation of the quote that is generally received by email, we enter the customer’s sales order by adding the requested products into a shopping cart, a process very similar to when you order anything online,’ says Braccalenti. ‘New products are generated from the approved estimate and inherit all the necessary characteristics. They are then shared with the pre-press department and are generated by the customer service operator, who simply drags and drops the artwork file received from the customer. The pre-press workflow automatically checks it and after quality checks by the operator, artwork approval is requested from the customer.’

When the order cart is completed, the Cerm MIS groups products with similar characteristics like format and embellishment and creates production jobs based on how many different labels there are in the order cart.

Thanks to the integration with Esko, it is then the Cerm MIS operator who, in the order generation phase, prepares the multiple layouts before the pre-press software can build a step and repeat without any operator interaction needed.

The order is then ready, and the production manager in charge of scheduling the machines can keep stock of raw materials under control and fires up the machines given the delivery dates and deadlines requested by the customers.

From here to the shipment, we control the progress and status by following the order through each step of operations involved, up to the delivery note,’ continues Braccalenti. ‘The critical part arrives once the order has been fully processed. The Cerm software gives us a detailed view into each step of the production and compares the estimated work with the actual work carried out. We can then make appropriate assessments and improve our productivity even further.’

Braccalenti explains that in anything from making exact estimates through to achieving maximum precision in the programming of machines, and consequently in the deliveries, the implementation of Cerm MIS allowed the business to fully explore the potential of each printing press at its machine park and completely change the mindset of all employees, bringing new levels of productivity and analytics.

Take the plunge
The management software investment decision is often difficult to digest, especially for medium and small businesses. ‘Looking back, I think this decision was probably the most important one for making a massive leap in quality, given the characteristics of our company,’ confirms Braccalenti. ‘Thanks to the full integration of the Cerm and Esko systems, we have automated a myriad of operations, which has allowed us to operate much faster and complete all orders much more efficiently.’ 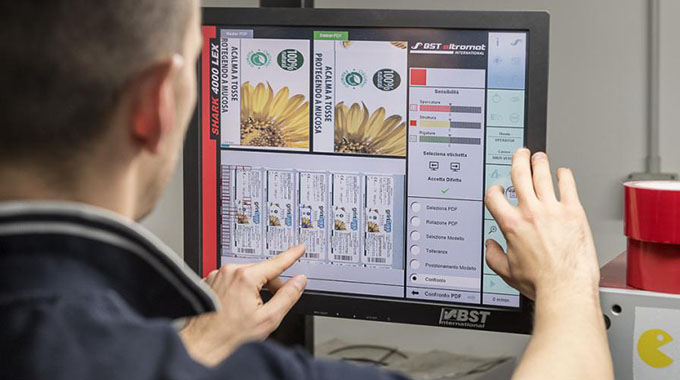 ‘We can increase the production capacity and overall productivity by 30 percent with the same amount of people and equipment involved just by implementing our software and its integrations,’ adds Geert Van Damme, managing director of Cerm. ‘If we implement Cerm and the customer also implements a new Esko at the same time, the interaction between both systems is the winning combination. Therefore, testimonials such Il Nastro’s feedback are hugely important.’

‘Most printers are only focused on their input and output and do not employ people such as Stefano, who drive change and manage automation projects,’ adds Van Damme. ‘They expect their suppliers to do all of this for them. My message for them is: don’t wait, switch now. Start simple and evolve permanently to a more automated world. The longer you wait, the bigger will be the gap with those who started already. Do not wait for a perfect Industry 4.0 dream-world to be available on a plate for you.’

In summing up, Braccalenti echoes Van Damme’s thoughts on automation implementation: ‘I would like to say huge thank you to the entire team at Cerm for its professionalism, especially a massive thank you to Marco Haanstra for the constant and profuse help to our company – he made us see that there is nothing more effective than the implementation of MIS software for converters of any size producing labels or flexible packaging.’

Piotr is a part of the global team of editors and comes to the magazine with extensive experience in journalism. He has background in print and digital media spanning different countries and industry sectors. He is based in the London office, reporting on European label market.