Global label converters have been coming under ever increasing pressure in terms of their environmental performance and ‘green’ credentials in recent years. Almost every issue of label and packaging industry trade magazines carries news and features on the topic, conference sessions discuss the issues, trade associations have committees and panels, and industry suppliers and leading converters are regularly promoting their environmental credentials.

Undoubtedly the big challenge for label industry suppliers, label converters and even end-users is that this continuing raft of proposals and initiatives has all now become part of the global climate change debate. Indeed, maybe now part of the problem.

Consumer and ‘green’ groups are pressing for certain things, but perhaps do not always consider the commercial issues faced by converters and packers. The EU, national governments and local or state authorities are introducing legislation or proposing alternatives – to reduce or eliminate landfill, promote home recycling, reduction of carbon dioxide emissions, encourage bio-fuels, raise revenues and encourage improved resources management.

But where and when did all this focus on the environment, climate change, green issues and sustainability begin?

THE IMPACT OF HUMANS ON THE ENVIRONMENT

The first warnings about global climate change and its link to the activities of man can be traced back to the 1970s. However, at this time it was more concerned about the earth cooling and the threat of a new ice age.

By the late 1970s and early 1980s, there were new concerns about possible man-made climate change – this time related to global warming – and the impact of chlorine from chlorofluorocarbons (CFCs) destroying the ozone layer and creating a huge hole through which dangerous ultraviolet light could penetrate (indeed in 1987 some 100 countries agreed to take action to reduce CFCs). By 1988 there was an increasing awareness that ‘global warming’ was due to what had become known as the ‘greenhouse effect.’

Also in 1988, the Intergovernmental Panel on Climate Change (IPCC) was established by the UN. Its purpose was to assess scientific evidence relating to human-induced climate change.

By 1989 governments around the world realized that damaging CFC gases had to be replaced with environmentally friendly alternatives (Montreal Protocol on Substances that Deplete the Ozone Layer, 1989).

Then, the IPCC’s first report, published in 1990, confidently stated that emissions resulting from human activity were substantially increasing atmospheric concentrations of greenhouse gases (CO2, methane, CFCs and nitrous oxide) and that these were responsible for over half the enhanced greenhouse effect that the earth was experiencing.

In 1991, the European Commission published a strategy to limit carbon dioxide emissions. This proposed legislation on climate change, renewable energy, recycling of waste, limits on carbon dioxide emissions – plus proposals for introducing carbon taxes. By 1992, all signatory governments to the UN Framework Convention on Climate Change had agreed to voluntarily reduce greenhouse gas emissions.

Following this first voluntary agreement, at the Kyoto Conference in 1997, a Protocol was agreed to stabilize greenhouse gases to 5.2 percent below 1990 levels. Later came an EU Landfill Directive, in 1999, which set out measures to reduce the land-filling of rubbish in favor of recycling or incineration.

This directive established a waste hierarchy – which has subsequently become adapted by organizations (such as Avery Dennison) in the label industry as a framework to prioritize initiatives from an environmental perspective. This can be seen in Fig 1.1. 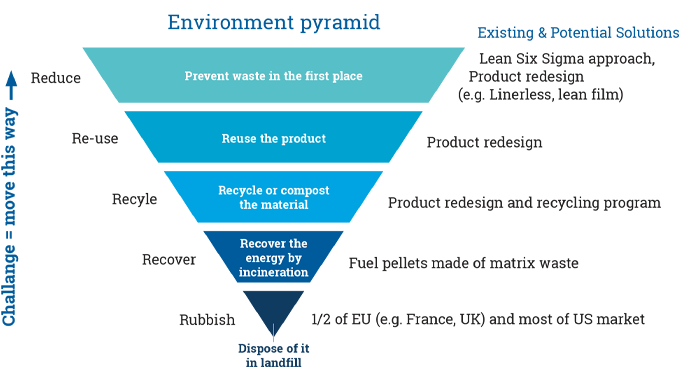 With all these new areas of legislation, standards and pressures relating to the environment, waste, sustainability, carbon emissions, energy usage and so on,  it is not surprising that the world’s major brand owners, retailers, packaging groups – as well as label industry suppliers and converters – have been working towards a more environmentally friendly and sustainable future.

The fact that there had been a global recession during the latter part of 2009 and 2010 further encouraged brand and retail groups to enhance their green credentials and perhaps use them as an opportunity to maintain margins by reducing the amount of packaging used, by being concerned about the amount of packaging and label waste generated, through conserving energy, and by reducing distribution and handling costs – and in turn by putting pressure on their packaging and label suppliers.

Certainly the best label companies want to comply with all these growing legislation and customer requirements, but also need to protect their own business and margins. In any case, which requirement do they comply with this month, or next year – particularly if their business is supplying on a global basis? Paper, film and labelstock suppliers, ink manufacturers and chemical companies are looking at a rather different and bigger picture: how to better manage resources and provide sustainable materials that will ensure their future.

Put together, the number of different schemes and on-pack logos to which converters can become accredited for meeting various environmental legislative, industry and customer requirements is now extensive. Just consider some of the main ones which are shown in Figure 1.3. 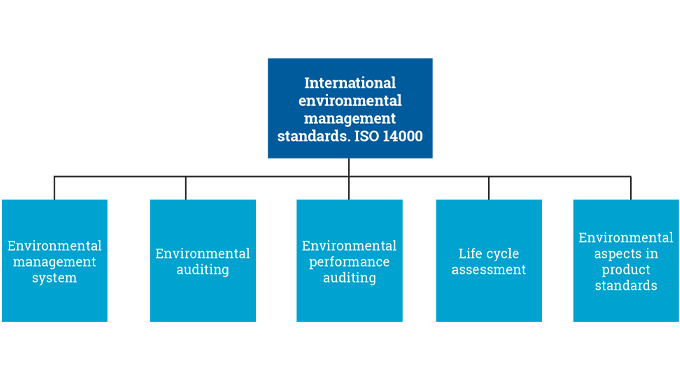 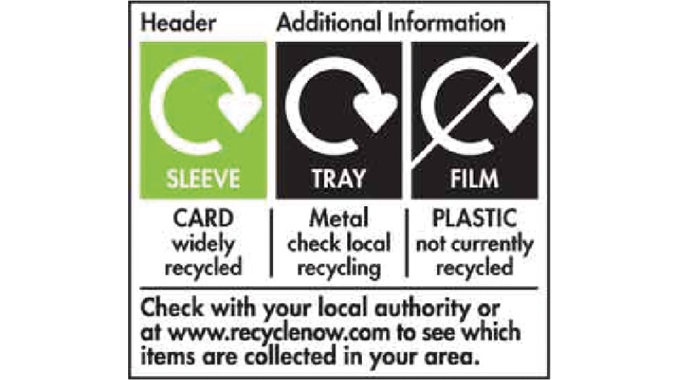 Cradle to Cradle Certification is effectively a multi-attribute eco-label that assesses a product’s safety to humans and the environment and design for future life cycles. Unlike single-attribute eco-labels, the certification program takes a comprehensive approach to evaluating the sustainability of a product and the practices employed in its manufacture.

The Green Products Innovation Institute (GPII) will gradually assume management and further development of the Cradle to Cradle Certification (C2C) protocols of product life cycle analysis that were created by William McDonough and Michael Braungart of McDonough Braungart. To date, some 100 companies have engaged in the Cradle to Cradle process, and 300 products currently carry the certification.

It’s not just brand owners, retailers, industry suppliers and converters looking for the world to become ‘greener’. There are many ‘green’ related organizations, such as Friends of the Earth, Greenpeace and the World Wildlife Fund, now involved, while consumers are also pressing for further action to protect the environment.

However, the survey also highlighted that there was a lot of confusion among consumers, who ‘simply don't understand what a carbon footprint actually communicates’.

There are also consumer initiatives which have been introduced by some of the leading global consumer products manufacturers. Coca-Cola, for example, formed a special recycling division in November 2006 . Coca-Cola Recycling LLC . to develop cost-effective recycling systems for packaging materials including plastic, aluminum, cardboard and plastic film and, to this end, the company has established centralized recycling centers throughout the US and in other countries worldwide. It also invested in curb-side collection companies in a scheme that has seen recycling rates for plastic bottles shooting up to reach as high as 90 percent.

The moves in the US came as part of the company’s worldwide efforts to increase the recycling of its bottles, including investments in recycling facilities in Switzerland, Mexico, Austria and the Philippines.

In the UK, Coca-Cola is involved with WRAP in the recycling of PET plastic bottles back into food-grade plastics. UK initiatives have included  ‘Talent from Trash’, which offers clubs in the Football League funding for youth development depending on how many fans they get to pledge to recycle, which aims to increase recycling rates of all materials locally in return for cash prizes. They have also introduced a festival recycling initiative, which in 2010 collected some 92,340 PET bottles and saved 162 tons of greenhouse gas emissions.

These schemes are all part of Cola-Cola’s aim to develop wider plans for encouraging consumer recycling.

In a similar initiative, Pepsi is also challenging its customers to reduce, reuse and recycle as part of a company-wide goal to reduce water usage by 20 percent, energy usage by 20 percent and fuel consumption by 25 percent by 2015. This initiative . the Pepsi Eco Challenge . is based on recycling and the environment and Pepsi is making aggressive steps to place its new campaign at the forefront of agenda. The Eco Challenge consists of three aspects the company is committed to uphold and educate customers on: energy, water and packaging.

Another global company, Starbucks, is currently using New York City as a testing ground for recycling its ubiquitous coffee cups. If successful, it could mean the three billion cups it uses each year could go to recycling bins instead of landfills.

LOOKING TO THE FUTURE

By now it must be obvious to everyone in the label and packaging fields that the issues of sustainability, environment and waste are only going to intensify in the coming months and years.

The solid waste legislation passed in 2010 by the Brazilian Government, for example, is one of the most far reaching in the world and has put release liner waste under particular pressure. In this legislation, liner is seen as ‘the new villain of the piece’, according to one leading Brazilian converter. It can no longer be landfilled or incinerated and must be collected and recycled. Other countries are looking a similar legislation.

Those converters already working towards or have implemented ISO 14001, LIFE or EMAS, who achieve environmental management certification, or can meet relevant customer environmental, CoC or scorecard compliance schemes and are at the forefront of recycling their label and liner waste, are undoubtedly at the leading edge of this global revolution which is aiming for a cleaner, safer and healthier world. They are also best placed to obtain new business in this fast-changing world of increasingly demanding environmental issues.

Perhaps it is too easy to say that many countries or regional groupings are generating their own requirements for environmental improvement, and that the converter could decide to wait until the issues become clearer before taking action. But by then it might be too late for those converters who find some of their accounts slipping away because they are unable to comply with new environmental demands. At least a single international standard – perhaps the ISO 14000 series – would perhaps ensure that there are no regional conflicts between regional or country interpretations of good environmental practice. In any case, ISO 14000 is easily adapted to take into account any regional or local variations or requirements, or work in tandem with LIFE or EMAS.

There is no opt-out choice for label and packaging converters. They have to go forward and meet international environmental standards, develop more sustainable ways of working, find new materials and solutions, change the way in which they manage their business and handle and dispose of waste.

WHAT ARE THE CHALLENGES?

The structures shown and amplified throughout this series can be used as a framework for working within and helping to obtain ISO 14001 certification, LIFE certification, or incorporating other initiatives such as the FINAT recycling scheme, FSC, PEFC, Carbon Trust, etc, and understanding how they all link together with a common aim.

It should be remembered that a label converter’s strategy for growth and profitability is also compatible with its environmental strategy. They both aim to reduce waste, reduce energy, become more sustainable, cut costs, and minimize handling and shipping operations. They both make good business sense.

A guide to a general environmental management policy that converters may adopt is set out below. 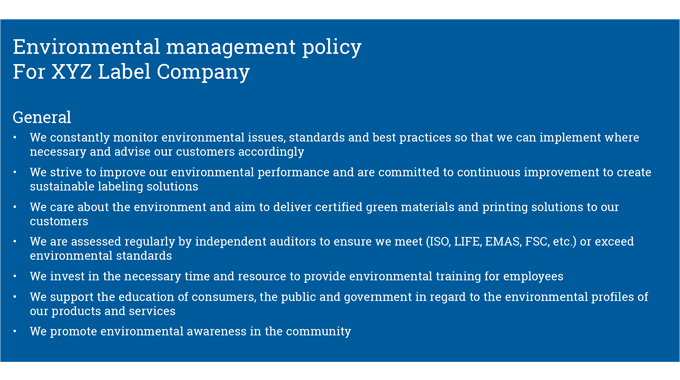 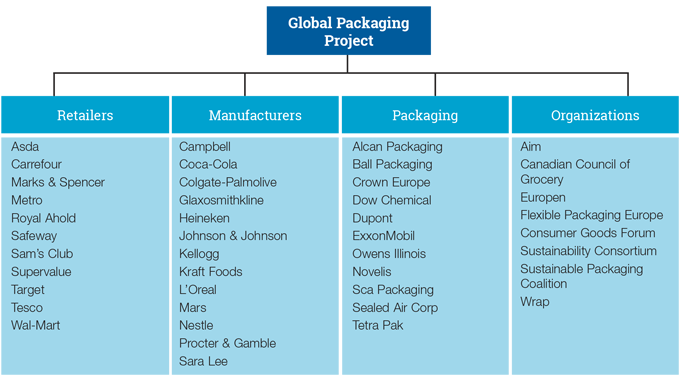