Globus International Coaters, a manufacturer of silicone coated release liners based in Khopoli near Mumbai, has expanded its converting facility to 50,000 sq ft from the previous 25,000 sq ft which is expected to help the company reach out to the global release liner market and cater to the markets in Europe, the Middle East and Africa.

The manufacturing facility of Globus International is equipped with two solvent-less coating lines and seven slitting machines, delivering liners in the range of 12mm to 1750mm. The company converts close to 1,200 metric tons of paper and films annually thus utilizing 40 percent of its installed capacity. In July, the company installed a new slitter rewinder with a web width of 2500mm to wind large diameter reels of 40in diameter release paper and films on one or two sides.
With a turnover of about 1.5 million USD (Rs 10 crore) in the 2014-15 financial year, Globus International is targeting a 50 percent growth in the current financial year. To achieve the targeted growth, the company has further grown its network of agents and distributors for the African market and is evaluating associates for other regions such as South East Asia, Africa, North America and Europe.  Exports contribute 30 percent of the company’s turnover.
At Labelexpo Europe 2015, Globus International exhibited its range of silicone coated products including glassine, super-calendared, clay coated and polyester release liners at the show floor. New products included both-sided siliconized colored polyester liners, fluoro-silicone liners, printed release liners, and siliconized HDPE fabric.
Pleased with the response received at Labelexpo Europe, where it was exhibiting for the first time, Harsh Doshi, co-director at Globus International, said that the company received enquiries from South Africa, Europe, Zimbabwe, Middle East and North America.
In India, the company mainly supplies its products to self-adhesive label and tapes industry catering to requirements of customized release properties for the tape application and delivering siliconized papers for the hot-melt, water based and solvent based adhesive label application. Globus International sees demand surging in states such as Gujarat, Punjab, Haryana, Kerala, Andhra Pradesh, Karnataka, Maharashtra and Delhi. 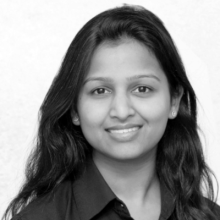