Home » Features » The road ahead for plastic packaging
Read later

The road ahead for plastic packaging

Dirk den Haese has represented Vetaphone in The Benelux for more than 25 years. His background in science and polymers has been the basis of this longstanding relationship, and he uses it to assess the road ahead for plastic packaging.

It all began when my parents gave me a Chemistry Set for Christmas when I was 12 years old – and I was hooked on science from that moment on. I even set up my own laboratory to test chemical reactions – parents would be scared stiff if their children did those experiments these days. But they led me to study chemical engineering when I left school and specialize in polymers.

When I graduated from university, I worked initially for Mobil Polymers analyzing polymer additives with a whole range of technology including MFR, IR-analyzers, NMR-equipment, spectrometers and so on. Later I joined Exxon Chemicals as a special lab technician on an extruder reactor pilot line that provided test results to the main production line in Cologne, Germany. This gave me a technical grounding in plastic engineering, and I was allowed to travel to customers with the sales team to explain the test results. 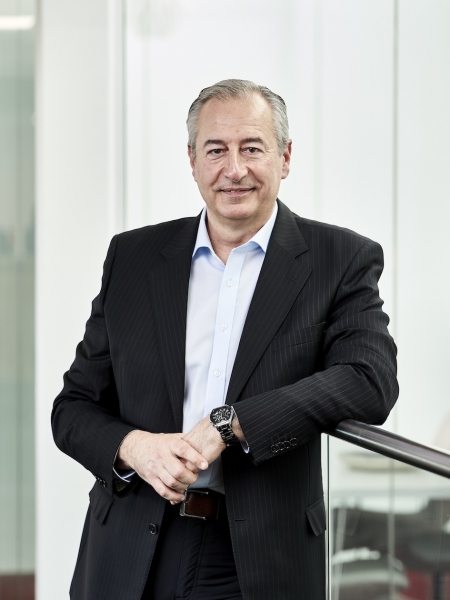 It was three years later that I moved into sales from R&D, and that’s when I first came across Vetaphone. It was one of a number of brands represented by the company I was working for, but I wasn’t allowed sufficient time to develop the business, so I took the plunge and set up my own company with the assistance of Vetaphone CEO Frank Eisby and sales manager Aage Ellgaard.

Initially I took on sales in Belgium and Luxembourg, but soon added The Netherlands, which was a blank canvas from my point of view. The Internet was in its infancy, and it took me three months of research to come up with around 400 potential customers. And that’s when the real work began, trying to convince these guys that they needed to know more about corona and especially Vetaphone corona.

And it’s been a never-ending task ever since. Just consider the changes in technology over the intervening years. Thirty years ago, digital print was not a commercial process – now modern lines run at 70m/min and produce quality equal to flexo. Will they go faster and run at 250m/min? I doubt it, because there is no need – flexo copes with longer runs at high speed very cost-effectively so the two technologies should be seen more as complementary than competitive. You even have hybrid presses these days that combine the two, which really highlights my point.

Another major change has been in ink, which used to be mainly solvent-based but now converters and their customers are looking for ‘greener’ options and this has seen a large uptake in water-based technology, both inks and lacquers. The only problem is that water-based requires higher surface tension to secure good adhesion and requires a higher-powered surface treatment. More power means a larger treater with more electrodes and a more powerful generator – nothing we can’t cope with, but a significant change in the technology specification from 30 years ago.

The cost of raw materials has risen rapidly too. Plastic substrate is obviously oil-based, and the Petro-chemical industry is both global and volatile, so when European converters cannot buy the virgin substrate for the same price that Asian converters can deliver the finished product from halfway around the world, you can appreciate the issue. This, and other factors, continue to have a downward pressure on price and one way to compete has been for companies to merge and form larger production units. By grabbing market share they can influence particular sectors of the market and reduce costs – but it can only be done once and is often the start of a downward spiral.

I’m frequently asked how I reconcile plastic packaging with environmental issues. Well, one thing is for sure – the world needs plastic packaging if only to extend the shelf life of products and keep food-waste levels down – when there are so many starving people in the world it’s incumbent on the richer nations to conserve resources as best, they can – and plastic packaging is key in this.  I’ve always maintained that it’s not the creation of plastic packaging that’s the problem, it’s the haphazard way in which so many countries go about dealing with waste and recycling. That’s where investment and a greater degree of joined-up thinking needs to be applied. 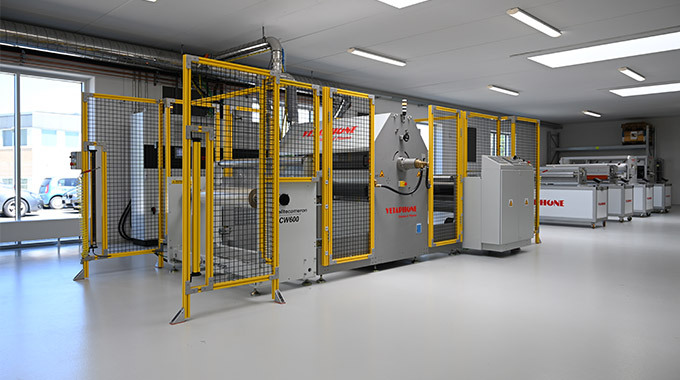 The plastics industry itself is already assisting with this by switching from multi-layer films for special applications to single layer materials that will do the same job. These are easier and less costly to recycle, and I’m closely monitoring a Dutch company that has embarked on some serious research in this area, with some promising results to show for it too.

And Vetaphone can also help with this issue by spreading the word about the value of plasma treatment. Currently it accounts for less than 5% of our business and for good reason – corona treatment is still very effective. But, as new and more complex packaging materials are developed, the use of plasma treatment to replace expensive solvent-based primers will have a major impact on the market, and Vetaphone leads the way in this sector. Plasma is not a replacement for corona but a valuable addition to our range of treatment capability that will play a bigger part in our future and that of the flexible packaging industry as it continues to grow.

Technology will continue to shape the future – just look back to see where we’ve come from.  Ten years ago, we couldn’t treat PVDF with standard corona – now with plasma we can achieve 70-dynes, which is good enough to get a drop of water to stay on the surface of the film when it is held vertically – imagine.

Labels & Labeling carries opinion and comment by leading names from across the label industry covering a range of topics.