Chilean converter Siflex Packaging has reported cut in white ink consumption by up to 23 percent using Kodak Flexcel NX System installed by Miraclon in 2018 together with the Flexcel NX plates.

Established in 2014, Siflex Packaging now has 52 experienced employees working in a 5,000sqm facility located in the northern part of the capital, Santiago.
Luis Sirhan, founder and general manager of Siflex Packaging, explained that choosing the Flexcel NX System was the only option he considered, as he had already experienced its advantages firsthand when working for another company. ‘As I was already well aware of the strengths of Flexcel NX Technology, including the ink savings and increased productivity it enables, investing in it was a no-brainer.’
Siflex Packaging decided to undertake a project to measure the white ink savings that could be achieved with Flexcel NX plates. During this time, the company worked closely with Carlos Alejandro Moraga, printing applications specialist Flexo at Miraclon, who audited the entire production process and advised Siflex Packaging on how to implement best practices. Moraga also helped the company to optimize its production workflow to take full advantage of the Kodak Flexcel NX Technology.
Sirhan explained: ‘We really appreciate how much Miraclon supported us on this project when they could have perfectly well walked away as the sale was already sealed and signed, but they accepted the challenge and it shows that they care about their customers. We have a very close relationship with them and will continue to work together on new projects and challenges.’
Miraclon and Siflex’s entire pre-press and print team jointly recorded data on all the jobs for months. This achievement was also a result of ongoing maintenance the company carries out on its machines and equipment. This in turn allows the converter to cut its environmental emissions. 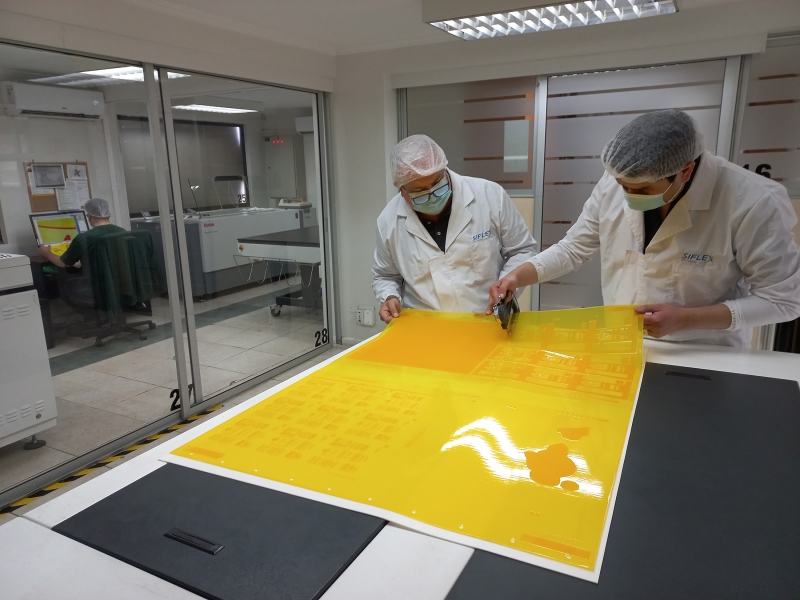 Raúl Azocar, head of Production at Siflex Packaging, added: ‘This study also demonstrated that we could achieve good white opacity with less ink.’
Cristian Mella, head of Development at Siflex Packaging, pointed out: ‘The correct use of DigiCap NX Patterning has also been fundamental in this saving, which we check when characterizing the press in relation to the plate, the aim being to achieve greater opacity while applying a smaller amount of ink. We adapt the DigiCap NX Patterning to achieve higher ink densities on the press.’
Azocar added that the plates maximize productivity on press with fewer unscheduled press stops and less waste. ‘There are no unscheduled stops on the press. With a single adjustment this plate no longer needs to be adjusted or stopped for jobs sharing the same characteristics. We have been able to increase speeds without having to apply more pressure, and the plates withstand these runs and stay in the same condition. At Siflex we have no press stops caused by the plates and this helps us to work without interruptions, to be able to repeat prints and to save on-press time and energy. We are convinced that we have the best print quality, and we don't have to replace plates due to dot loss, so all this underscores the quality and value of Flexcel NX plates.’
Sirhan added that the company has generated concrete benefits with the investment such as printing with fewer colors and achieving the same result as printing with eight colors. Other savings include using fewer plates, less need for equipment usage and therefore also less solvent usage.
The pandemic has been a challenge for Siflex Packaging, but by being classified as an essential company it has been able to maintain production, despite the problems caused by the shortage of raw materials.