History of the ink manufacturing industry

As noted elsewhere in this series, the label industry utilizes the full range of print systems in both rotary and sheet-fed form. So, it traces its history back to the early evolution of each print process from early experiments to industrial-scale manufacturing.

Further, the continued use of letterpress, gravure, offset, flexography, screen and now digital printing in various branches and geographies of the global label industry means we can trace the roots of today’s suppliers of label inks back to the 16th century roots of the printing industry.

Inks were already being used for hand-drawn calligraphy by both Chinese and Egyptian civilizations as far back as BC 2500. These inks were composed of soot bound together with gum. The paste was formed into rods and dried, then mixed with water immediately before use.

Printing – the semi-industrial reproduction of an artwork or script – was formally invented by the Chinese around 3,000 years later. The inks used a mixture of colored earth, soot and plant matter for pigments, again mixed with gum for a binder.

By the time Johannes Guttenberg invented the first moveable type printing press, ink was being manufactured from soot bound with either linseed oil or varnish. Essentially, we had arrived at a formulation for ink which would be familiar to today’s ink scientist: carbon black, the key ingredient in black ink, is chemically closely related to soot, and the principle of binders carrying and adhering pigments to a paper substrate was already established.

Colored inks were introduced in 1772 and a year later Manders was founded in the UK – the same company that in the 1990s would form the core of Flint Ink’s European operations.

At around the same time, Sadolin & Holmblad was founded in Denmark. This company would eventually become Akzo Nobel, which in turn would become a core component of Flint Group Narrow Web. Trelleborg, now the home of Flint Inks Narrow Web, first became an ink manufacturing site in 1901.

Commercial ink production began in earnest in the early 19th century with the founding of Lorilleux & Cie in 1818, at a time when most printers still made their own inks.

In 1866, one of today’s key narrow web ink suppliers was founded when Zeller+Gmelin began operations in Stuttgart, Germany. The company celebrated its 150th anniversary in 2016 with a major series of events (Figure 2.1). 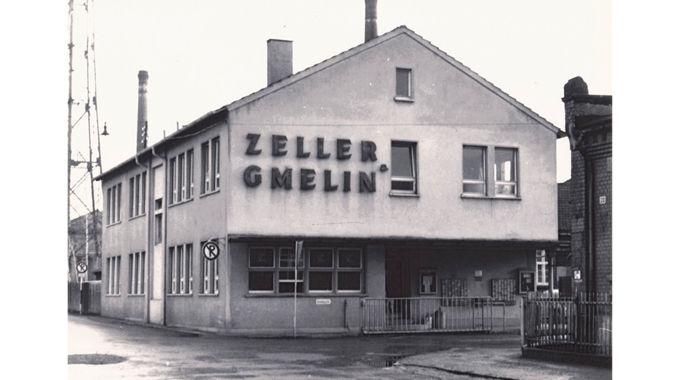 Several other key suppliers to today’s label and package printing industry can trace their history back to the 19th Century German powerhouse of print.

Siegwerk was founded in 1824, specializing in Calico printing onto textiles, moving into gravure printing and ink manufacture from the early years of the 20th century. The company moved into production in the US in 1972 and in the 2000s – still family owned – went on the acquisition trail, taking over Sicpa’s global packaging industry inks division in 2005.

Germany-based screen inks specialist Ruco has a similarly impressive historical reach, having been founded in 1857 as a manufacturer of Printer’s Black ink. By the 1920s the company was manufacturing flexo, letterpress and offset inks and in 1936 patented water-based gravure inks. 1983 marked the company\s debut with UV screen inks, and in 1989 developed solvent-free flexo inks for drinks packaging. In the last decade and a half Ruco has expanded its operations into the US and China. Its most recent innovation has been the development of low migration LED-UV curing inks.

The next major manufacturing milestone outside Germany was the setting up of Coates Brothers & Company in 1877 in the London suburb of St Mary’s Cray (Figure 2.2). 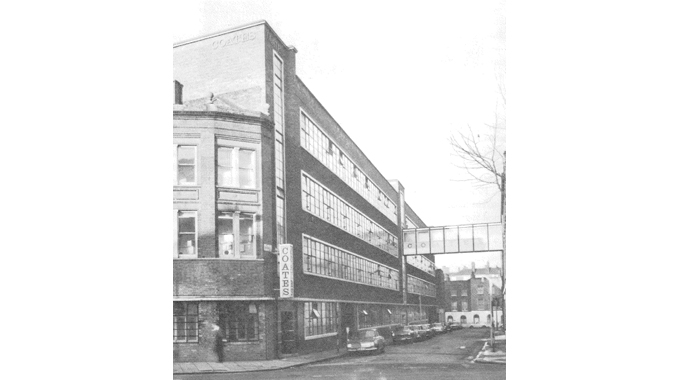 Figure 2.2 Coates Brothers & Company was founded in 1877 in the London suburb of St Mary’s Cray

Coates was to specialize in screen inks, and along with Lorilleux, to become a key part of the Sun Chemical group.

A year later the Schmidt brothers founded Gebrueder Schmidt in Frankfurt to manufacture black inks, moving into colored ink manufacture in 1900. From the 1920s the company began opening subsidies throughout Europe.

The first half of the 20th century saw a flurry of print innovation which largely established the technology base of today’s label ink manufacturing industry.

The early years of the new century saw the invention of 4-color process printing, with The Eagle Printing Ink Company launching its 4-color wet process ink set in 1906. A year later the first litho press was invented, followed by rotogravure in 1910.

In the 1930s letterpress became the dominant web printing technology. Then in 1935 GPI Corporation acquired Sun Chemical and Colors Inc,. A year later this division developed the first pigmented flexo inks. In 1945, GPI changed its name to Sun Chemical (Figure 2.3). 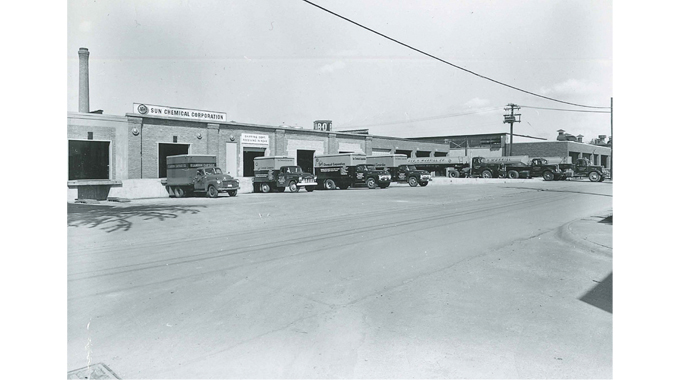 Web offset lithography was invented in 1947. Solvent-based flexo inks were introduced just over a decade later, and in 1969 Sun Chemical patented its UV ink technology.

In 1970, water-based flexo inks were created, followed a decade later by the commercialization of Electron Beam (EB) inks, again by Sun Chemical.

The rapid globalization of industry following the financial deregulation of the 1980s saw a surge in corporate acquisitions.

In 1987 Sun Chemical was acquired by Japan-based Dainippon Ink and Chemicals (DIC) and subsequently merged with Hartmann and Kohl & Madden to form one global company.

Sun Chemical made a further series of acquisitions through the ‘90s including United States Printing Inks, Moscow Printing Inks and Zeneca Specialty Inks, before entering a 1bn USD joint venture with Eastmann Kodak to form Kodak Polychrome Graphics in 1997. Between 1999 and 2004 acquisitions included Coates Lorilleux in France and Swale Process in the UK, with Bayer’s organic pigments business added in 2003.

In the US in the meantime, the Flint Group was expanding fast, with acquisitions including BASF’s North American graphics group. The acquisition of Manders Premier extended its operations in Europe and led to setting up a dedicated Asia-Pacific division. Manders Premier changed its name to Flint Ink Europe in 2000 and in 2002 merged with Gebrueder Schmidt to form Flint-Gebrueder Schmidt Co KG.

In 2002, Akzo Nobel Inks was privatized following a management buy-out, subsequently changing its name to ANI Printing Inks in 2004. Later that year, XSYS Print Solutions was formed from the merger of BASF Printing Systems and ANI. Finally, in 2005 the Flint Group was formed from the union of Flint Ink Corporation and XSYS Print Solutions. In 2008 XSYS changed its name to Flint Group Narrow Web, which today is one of the leading suppliers to the label converting industry. The growing interest of private equity in the labels and packaging sector saw the Flint Group acquired by Goldman Sachs Merchant Banking Division and Koch Equity Development LLC in 2014.

Another recent example of consolidation concerns the Sericol Group, a specialist in Screen (and later UV flexo and UV inkjet) inks which in 2005 was acquired by Japan-based FujiFilm to form FujiFilm Sericol Ltd. The combined company has since opened a subsidiary in India, demonstrating once again the global reach of today’s ink manufacturing industry.

And FujiFilm is not the only Japan-based inks supplier to have spread its influence and operations around the world. INX today is a key supplier of a range of ink systems – most recently developing a specialist Electron Beam ink for the new Uteco Gaia EB inkjet press. The company traces its origins to the founding in Osaka in 1896 of Sakata Ink Seizousho.

Throughout the 1960s to the 1990s the company expanded its operations throughout Japan and into the Philippines, Malaysia, Taiwan, Indonesia and Spain.

In 1986, Sakata INX signed a technology license agreement with US ink maker Acme Printing Ink company, founded in Chicago in 1909. Two years later Sakata INX acquired Acme along with a raft of other US companies and opened the first INX US production plant in West Chicago in 1992. A UK operation was established in 1992.

In the 21st Century INX continued its expansion in Asia-Pacific with operations in China and Vietnam and in Europe with the acquisition of French ink maker Holliday Encres, leading to the establishment of INX Europe in 2004. Most recently the company has opened operations in Latin America – Brazil and Mexico – and a digital ink operation in the Czech Republic.

The global label ink manufacturing industry shows no sign of a slowdown in activity, and indeed we are still seeing new start-ups such as Pulse Roll, founded in 2001 in the UK and now expanding globally. The industry can still accommodate a range of independent specialist suppliers alongside the globe-spanning corporations we have considered here.

For readers who would like to understand more about the evolution and history of label printing and materials, refer to the History of Labels book, available from the Label Academy bookstore.